Gabriel McCarthy asked for a straightforward website to help his colleagues reach him. 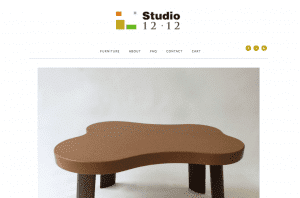 Studio 12-12 needed an ecommerce site that was minimal and elegant, just like the killer wood furniture they make. Check out the site, but beware, you may be sucked in to purchasing a beautiful, handmade kidney-style table.

Southminster Presbyterian Church in Boise needed a WordPress website to keep the parish updated on upcoming events and worship service. They even podcast weekly sermons through the site. Keep at ’em, SPC!

Great Beginnings Learning Center in Boise needed their previous website rebuilt. They liked the look of the old site, they just couldn’t get into it any further because it was built on an older platform that went kaput.

We gave them their site back, but this time in WordPress with some mobile responsive goodness for good measure.

We just love us some BCM! Boise Classic Movies screens classic movies at the Egyptian Theatre in Boise.  It’s pretty cool.  Sort of like Groupon, the screening isn’t on until a minimum number of tickets are spoken for. Once enough people commit to buy tickets, the event is on.  It has been a lot of fun to see BCM take off!  Ever since May, 2012, BCM has been letting folks watch the movies they love each month at the Egyptian.

The site is fully functional.  It collects payment authorization and processes payments as soon as the movie tips, all automatically.  It has forms for folks to vote for the movies they want to see next, and a form where folks suggest what movies should go up for vote later on.  Folks can sign in using facebook, or create an account directly on the site. It has other social media sharing tools built in to create buzz for each movie.  It has a blog, also integrated with facebook and twitter. It uses PayPal to process payment securely.

Boiseclassicmovies.com is a great example of an effective, simple website.